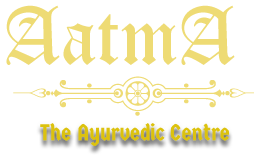 Ayurveda is the science and Art of living life in a manner useful to society. It has for its objects the preservation of health in the healthy and the restoration of health to the diseased. The word Veda in Ayurveda has been taken by all authorities to imply that it is both a part of and addendum to the great Vedas which have also been admitted by all savants of the West as “the oldest literature of the World”.

At the beginning of creation, it is said, Brahma, the creator of the world recollected and created the vedas (along with Ayurveda) in a book form named Brahma Samhita which is not available today. This book extends over a thousand chapters comprising altogether 100,000 slokas. Brahma taught Ayurveda to Prajapati and who taught it to Aswanikumaras, then to Indra. After him there developed two schools of Ayurvedic science- Athreya School of physicians and Dhanwantari School of Surgeons.

The great thing about Ayurveda is that it is the oldest of sciences.

Caraka, Susruta and Vagbhata are regarded as the main and fundamental pioneers of Ayurveda. Of these Caraka and Susruta are more ancient than Vagbhata. Vagbhata based his work on the work of the other two.

The different branches of Ayurveda

Ashtavaidyas are so known by virtue of their proficiency in all the eight systems of treatment.

An understanding of the therapeutic action of various articles of food with special reference to the maintenance of health and strength is essential in Ayurveda. The theory adopted by our ancients, which forms the basis of their investigations is that every substance whether meat, vegetable or mineral possesses five properties, namely, Rasa, Guna, Veerya,Vipaka and Prabhava.

Ayurvedic tradition has identified three basic humours viz. Vayu, Pitta and Kapha, the fluctuations of which decide the constitution of the human body. A perfect balance of the three preserves the human body. They remain invisible to the eye and can only be experienced. Dhatus or elements can be seen on the body. The body is constituted of these viz. Rasa, Rakta, Mamsa, Medas, Asthi, Majja and Sukra. They are called Dhatus as they carry the constituents and diseases of the body.

Violation of laws of nature results in diseases. When natural laws are violated the three humours will be provoked and they cause diseases.

There is no effect without any cause. Consequently in Ayurveda the cause of a disease is of utmost importance. Many disease can be cured by identifying and eliminating the cause.

From the history and literary researches of Kerala we could understand how far advanced and civilised Kerala was in the ancient times.

Ayurveda could boast of dim distant antiquity and it is the oldest of all systems of Medicine in the world.-a fact which is admitted by both the Eastern and Western scholars. Ayurveda – the science of life – has been practised in Kerala from time immemorial. A large number of potent and sacred medicinal plants were lost sight of and most of them can not be identified at present in parts of the country. But on the west cost the case is somewhat different. Here in Kerala medicinal plants are abundant and they grow wild due to the climatic conditions of the area.

Ashtanga hrudaya and Ashtanga Samgraha of Vagbhata are more popular in these parts than any other place in India. The unique position which Kerala has attained with respect to Ayurveda is owing to its possession of certain special kinds of treatments prevalent from very very old times and which were found to be of immense effect in certain diseases for which other systems have not yet found out curative measures. The measures are known in Kerala, under the general term Sneha Kriyas and are subdivided in to many forms as Dhara, Kizhi, Pizhichil, Navara kizhi etc,. These methods of treatments are done before Panchakarmas for bring the vitiated humours in to the alimentary canal.